I should have written this blog a year ago.

Back then it was easy to delineate the merits of Joss Whedon and JJ Abrams as producers. Their body of work (and the behind the scenes stories of them) clearly showed characteristics of their individual strengths and weaknesses as producers. Now, it’s not so much a level playing field as it’s a different playing field.

Back Then: When I was first contemplating this blog I had all my thoughts sorted out. Both men are talented writers and directors, coming out of tv and moving into films. JJ had a broader body of work – with his name appearing on seven different tv shows. But Joss had a greater depth of work – with Buffy, Firefly and even Dollhouse exploring really complex and interesting aspects of humanity; he’s a genius with subtext and still writes innovative and compelling dialog; constantly asking questions about who we are and what that means and what we do with it that resonated in his audience with undeniable force.

Arguably, Joss was the better artist. JJ’s work had a tendency to be slick and fast and shiny, with complex plots but lacking the aforementioned depth. If you wanted really evocative work, compelling characters and incomparable dialog – you hired Joss.

But JJ was more successful. Joss’ work, however beloved and respected, never engaged a big enough audience to ignite ratings and box office returns. If you wanted to make money, you hired JJ.

And speaking exclusively from a producer point of view (by ignoring writing and directing talents) JJ was the better producer for one singular reason: he could delegate. Joss, as an artist, was (and probably remains) very attached to his work; he needed to keep a strong creative hand on his ideas because he cared so deeply about them. We also didn’t see evidence that other creators would bring their material to Joss for him to help refine and harness their stories, attach his name and then let them run with it. Which is exactly what JJ did, and that made him so popular. He put a JJ stamp on material then put it in the hands of talented show runners to let them control. In the process he reaped the financial rewards of remaining an exec producer without having to do much work beyond the pilot construction and the more successful those shows were, the more powerful his reputation became. 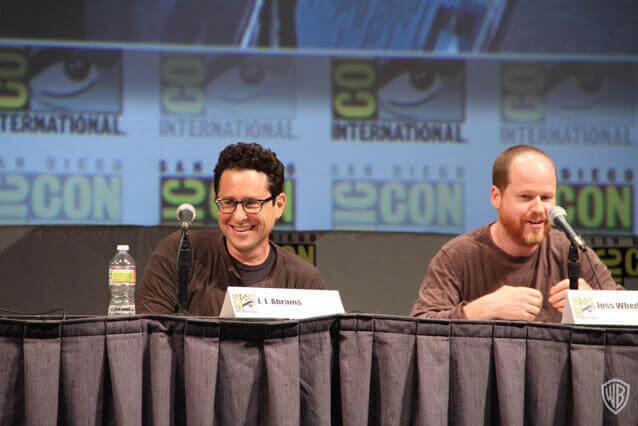 But Now: JJ’s star has started to plateau, with Super 8 and Undercovers marking his first efforts that weren’t wildly successful. Fringe, especially, is a Joss style show in that it has a devoted following but hovers between success and cancellation. Not much of a tarnish on such a stellar reputation, but enough to show studios his name alone may not be worth greenlighting a project.

And Joss directed The Avengers, which if you’ve seen the trailer is apparently massive (which is impressive in an era full of big movies). Star Trek was a singular, and admittedly monumental, reinvention of an incredibly beloved franchise. The Avengers is the cohesion of four different individual franchises, the pinnacle of Marvel’s plan to create a singular super hero universe in movies. If Joss can deliver a character driven, massive super hero film it will undoubtedly surpass Star Trek (and really, Joss should have been at the helm of comic book movies long before this but that’s another blog).

But that’s isn’t enough for him. Still with the reins of control firmly in his grasp, Joss has formed a micro-studio. His first endeavor, a modern day Much Ado About Nothing, is wrapped and set to hit the festival circuit where we’ll see how much success it can find. And with another film in the works it’s obvious that Bellwether Pictures is not only a sign of Joss’ prowess as an independent producer but also that he has an impressive stable of actors, writers and crew that are loyal to him and willing to passionately follow where he leads.

If we’re again comparing their producing intrepdness, JJ is still playing in the studio realm but with less efficacy in getting projects made or guaranteeing a certain level of success. Joss has his own micro-studio with the power to make films without wrangling with the studios and incredibly talented friends to make them with him. If these films achieve even a moderate level of success it’s reasonable this could establish Joss as a revolutionary, creating and distributing compelling content apart from the studios; something he’s already achieved once with Dr. Horrible.

Still, if JJ could find writers and artists that bring even greater depth to his shiny shows and Joss could learn to partner with talented writers and learn to delegate, they might just challenge Jerry Bruckheimer as the reigning Producer Extraordinaire.

4 responses to “Joss vs JJ”