We’re on the cusp of summer movie season and what better way to celebrate than to take a look at the man who, for all intents and purposes, defined the modern day blockbuster.

You can argue with me about that assertion, if you like, but let’s look at a few facts.
Transformers is one of the highest grossing franchises in recent years, produced by Michael Bay – who has directed some serious blockbusters in his time… with Jerry Bruckheimer. 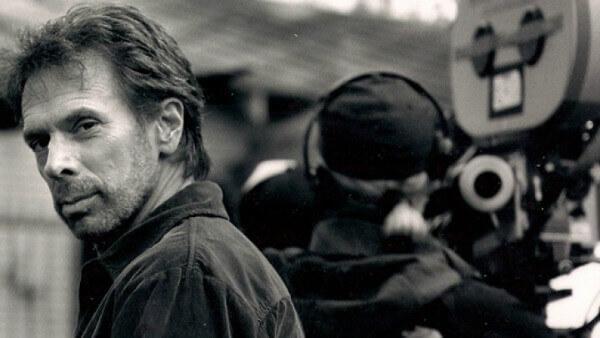 In fact, you could probably say that both Bay and Bruckheimer have created the template for the modern day blockbuster, but Michael learned everything he knows from Jerry and Jerry was at it long before Bay showed up so let’s continue.

Don Simpson and Jerry Bruckheimer first came to Hollywood’s attention in 1980 with the success of American Gigolo. It was a modest hit (with $22M) but people loved it. It made Richard Gere a star and everyone knew it was a Jerry Bruckheimer/Don Simpson movie.

Then they did it again, bigger and better, with Flashdance which was the first R rated movie to make $100M. The key ingredient attributed with that level of success? It wasn’t the sexy stripper scenes or Jennifer Beals or the dancing. It was the music. The Flashdance soundtrack galvanized audiences, and even now some people remember the music more than the movie itself.

In succeeding years and through various movies Simpson/Bruckheimer had a reputation for making movies that made serious money and turned people into stars. And it was well justified because almost every movie they made cleared $50M, back when that was a bigger number than it is today, and almost half cleared $100M.

Don Simpson passed away and the last movie he was a part of was The Rock in 1996 ($134M) (incidentally, also the first movie where Jerry came to my attention, in part because of the dedication to Simpson). Jerry learned a lot from Simpson, taking his own understanding of publicity and adding Simpson’s addiction to flash. Jerry often tells interviewers that he makes movies he wants to see (because they always ask how he has such a knack for making successful movies). But I would suggest he learned his taste in movies from Simpson, though he learned it well.

Jerry Bruckheimer movies are loud, fast and shiny. The pace is relentless, the one-liners witty and carelessly thrown into the action, the music loud and fast and cool. When Michael Bay came onto the scene they also became known for heart stopping, sweeping shots in the midst of the action.

It’s not surprising that his movies made a ton of money and in hindsight even less of a surprise that everyone else started making movies just like Jerry Bruckheimer’s. Maybe with a little less style.

And now, a Bruckheimer movie isn’t that spectacular anymore, because it’s just like every other tent pole film breezing through our summers. Maybe a bit shinier and smoother because he is a good producer. But nothing we haven’t seen before, the way it used to be. They are no longer movies that can take for granted they’ll clear $100M domestically. Which is a bit sad, because without the flashy box office guarantee, Bruckheimer seems more like a mere mortal than a producing icon. But really he’s just doing what he’s always done before.

The problem is, everyone else is doing it now too.